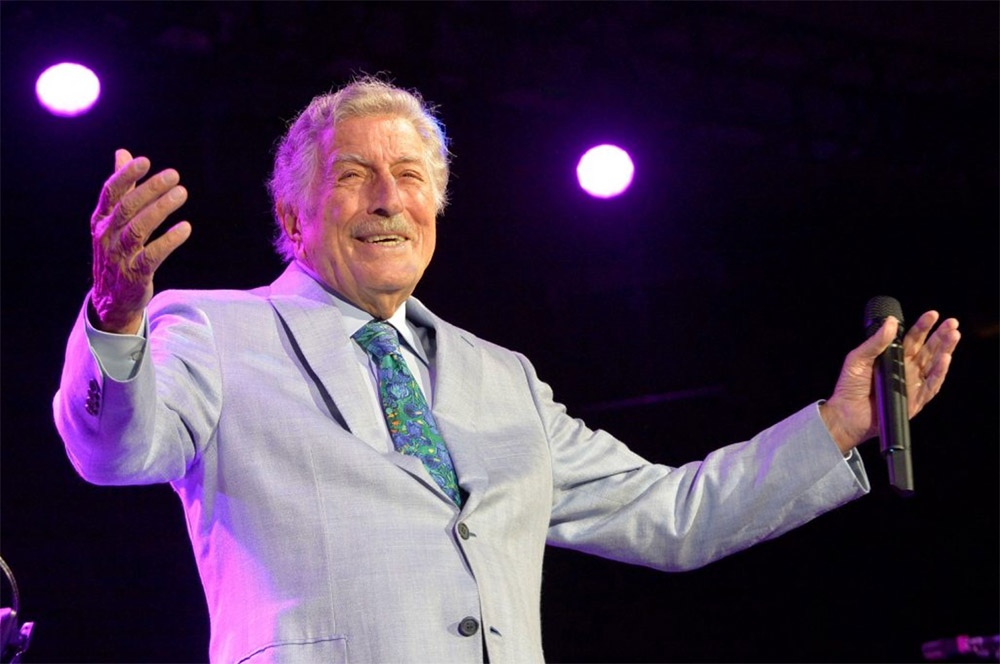 Tony Bennett is asking Bay Area residents to come together for a mass singalong to his signature tune, “I Left My Heart in San Francisco,” at noon on Saturday, April 25, in honor of the frontline workers engaged in responding to the coronavirus pandemic.

The 93-year-old crooner announced his support for the public chorus, an idea dreamed up by San Francisco’s Chief of Protocol Charlotte Mailliard Shultz, on Monday, April 20, saying, “San Francisco has been in my heart for over 50 years.”

“I am so proud and impressed with how the city by the Bay has continued to ‘bend the curve’ during the COVID-19 crisis and serve as an inspiration to the world of how together and alone we can make a difference,” Bennett said in a statement.

Shultz hopes Northern California residents will simultaneously flock to their windowsills, stoops and backyards on Saturday to sing the most famous song ever sung about San Francisco, which Bennett first performed at the Fairmont Hotel’s Venetian Room in 1961.

“I thought about those workers and my heart aches for them,” Shultz said. “I thought, maybe we sing that song and it will be a good morale booster. It will tell them that we will be back. We will conquer this.”

The idea for quarantine sing-alongs started in Italy, where residents of the hardest-hit towns took to serenading each other from their balconies as a way to lift spirits when the pandemic put their country on lockdown in March. In recent weeks the idea has spread to places like New York, Dallas and Chicago, where individuals under shelter-in-place orders have organized sing-alongs with the help of Facebook event pages and local radio stations.

Shultz, 86, who holds the title of the longest-serving unelected (and unpaid) public official in San Francisco history, has already rallied support from local organizations like the Golden State Warriors, San Francisco Giants and the Commonwealth Club. She’s hoping people from around the world will participate and even live-stream their performances on social media, using the hashtag #SingOutSF.

“The reason why we chose noon on Saturday to do this is because we wanted to make it accessible to pretty much every time zone in the world,” said David Perry, a member of the board of directors and executive committee of the San Francisco Chamber of Commerce, who is helping organize the sing-along. “That way anyone who has left their heart in San Francisco can sing along.”

“By taking a moment to join together in song to celebrate our frontline health workers and everyone working to make a difference during this pandemic, we can recognize how connected we are to one another, not just here in San Francisco, but all over the world,” said San Francisco Mayor London N. Breed in a statement.

Bennett may be a New Yorker, but his rendition of “I Left My Heart in San Francisco,” which was written in 1954 by Douglass Cross and George Cory and recorded in 1962 with pianist Ralph Sharon, is regarded as this city’s unofficial anthem.

“Tony and his song have been our ambassador around the world,” Shultz said.

Bennett has returned to the city time and time again — often at Shultz’s behest — to perform the song. The dapper Grammy-winning singer, painter, humanitarian and arts-education philanthropist sang it when the cable cars were put back into service in 1984, after the 1989 earthquake rocked the city and more than once when the Giants clinched the World Series.

“I have been blessed with a beautiful signature song that has made me a citizen of the world,” Bennett told The Chronicle in 2011. “I love to perform it for everyone.”

In 2012, to mark the 50th anniversary of the recording of the song, San Francisco declared Feb. 14 Tony Bennett Day. For his 90th birthday in 2016, the city gifted him the Tony Bennett Commemorative Statue, which sits on the lawn outside the Fairmont Hotel atop Nob Hill. In 2018, he got his own street, Tony Bennett Way, along a stretch of pavement formerly known as Mason Street in front of the hotel.

What better song and what better artist to bring the people of the city together?

“Everybody is in this together,” Shultz said. “This is a town that likes to have beauty and joy. I want all those workers to know the world will be back for them.”

Shultz, who plans to hum along (“My family says, ‘Don’t sing, move your lips,’” she quipped) at home with her husband, former Secretary of State George Shultz, plans to make sure everyone is ready and dressed for the occasion.

“I’m making a mask for the statue outside the Fairmont,” she said. “He’s being protected too.”

“I Left My Heart in San Francisco”

I left my heart in San Francisco
High on a hill, it calls to me
To be where little cable cars climb halfway to the stars
The morning fog may chill the air, I don’t care

My love waits there in San Francisco
Above the blue and windy sea
When I come home to you, San Francisco
Your golden sun will shine for me