Number of Homes for Sale in S.F. Just Hit a 10-Year High 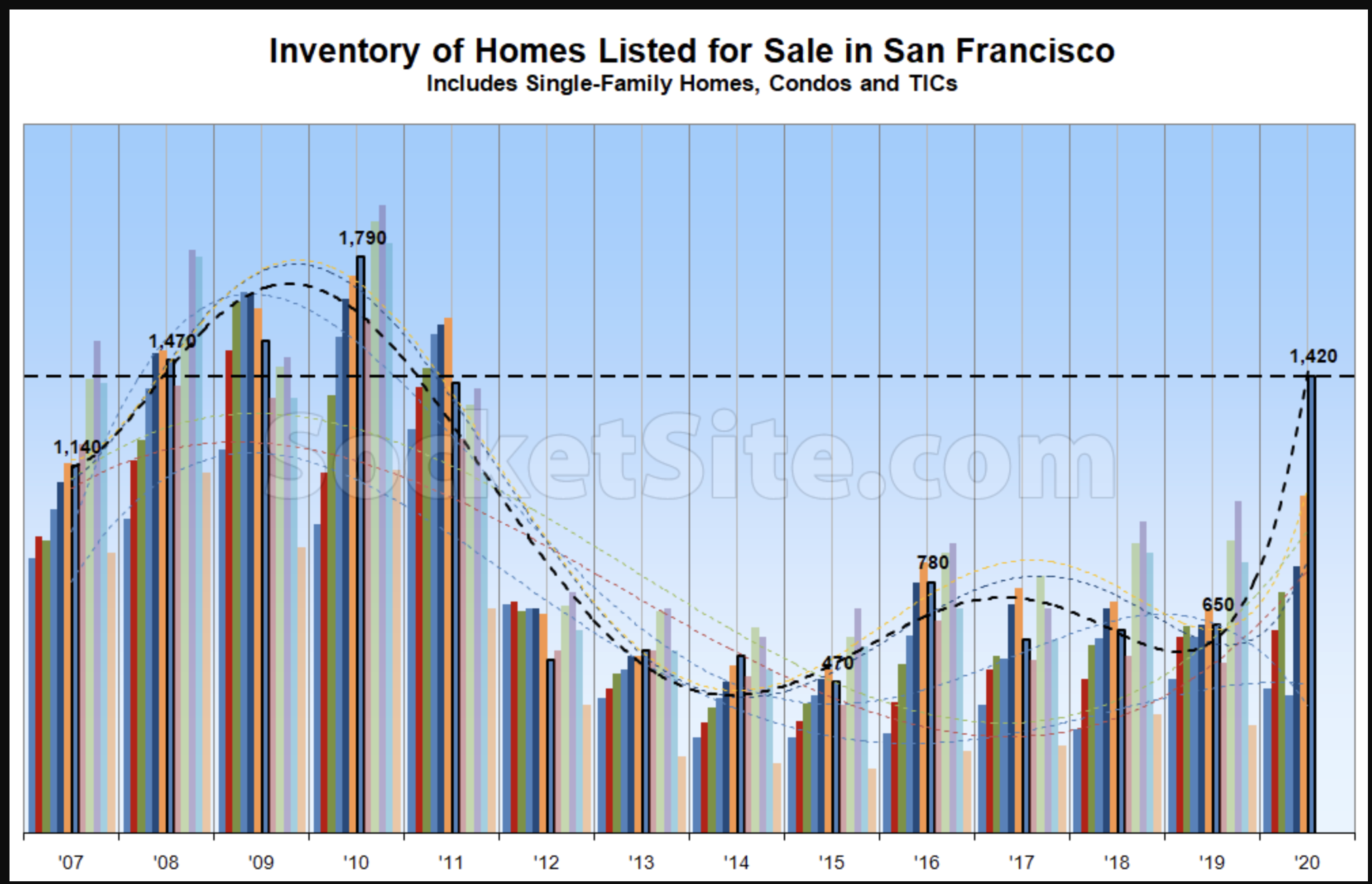 The number of homes on the market in San Francisco, net of new sales and contract activity, ticked up another 4 percent over the past week to 1,420, representing 120 percent more inventory than there was at the same last year and a 10-year seasonal high.

At a more granular level, the number of single-family homes on the market in San Francisco (370) is now running 68 percent higher than at the same time last year while the number of condos (1,050),which tends to be a leading indicator for the market as a whole, is now up by nearly 150 percent having tallied over a thousand for the first time since the fourth quarter of 2010 last week.

With nearly 30 percent of the homes on the market in San Francisco listed for under a million dollars, there are now nearly 130 percent more sub-million dollar listings on the MLS than there were at the same time last year.

And there are now over 200 percent more listings on the MLS with an asking price that has been reduced at least once than at the same time last year, over seven times (7x) more reduced listings than there were in July of 2015, and the most reduced listings in the absolute since the fourth quarter of 2011.

Keep in mind that inventory levels should be ticking down, based on typical seasonality patterns, before jumping again in September. We’ll keep you posted and plugged-in.