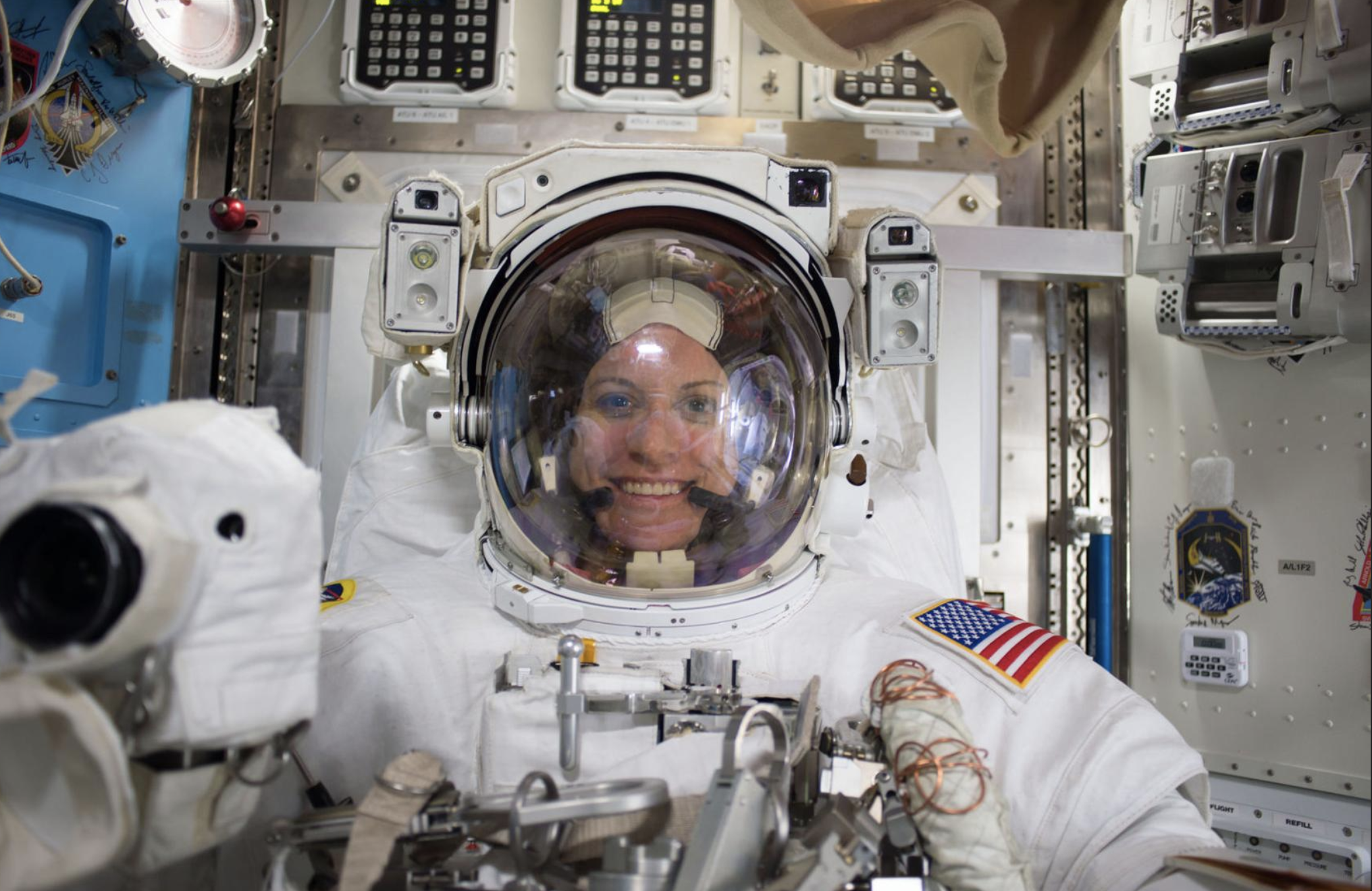 Kate Rubins, the first Napa native to go to space, is entering the final three months of preparation for her return trip to the International Space Station where she served four years ago.

Starting Oct. 14 and continuing for about six months, her schedule will be replete with scientific work 250 miles above the Earth, dealing with materials ranging from supercold gases to stem cells. And unlike during her first stay in 2016, Rubins expects to get to work quickly, without the awkward introduction to moving about in microgravity.

“As a rookie you’re not so good at navigating and flying through the space station, so you tend to crawl hand over hand on the handrails,” the biochemist-turned-space traveler quipped during a NASA news conference last week in Houston, while recalling her original 115-day stint aboard the orbiting space platform.

“It takes a little while to get your space legs; you have to learn how to transport yourself from one end of the space station to the other, how to carry out your activities. The fact that everything floats seems trivial – until you get a payload that has 20 different parts and you have to figure out where to put them.

“I think learning all those skills takes a good two to four weeks, so I’m really excited to go back with all those skills in my toolkit. It means we can do a large amount of science right out of the gate.”The 41-year-old Rubins looked ahead to her return journey during a press conference at the Johnson Space Center, where she was joined by Russian cosmonauts Sergey Ryzhikov and Sergey Kud-Sverchkov, her crewmates on the October mission. After leaving the U.S. for training and preparation in Germany and Russia, the trio will be launched aboard a Soyuz spacecraft into Earth orbit from the Baikonur Cosmodrome in Kazakhstan.

Among several hundred experiments planned during the new mission, Rubins is slated to conduct research on the Cold Atom Laboratory to study the use of laser-cooled atoms for future quantum sensors, a project NASA says is possible because such particles – at temperatures only fractions above absolute zero – are more easily studied without the pull of gravity. Also scheduled is work on a cardiovascular experiment derived from her studies during Rubins’ 2016 mission, NASA announced last month.

Speaking with reporters during a 45-minute teleconference, Rubins said preparations for the space station mission have remained on track despite the need for increased social distancing and decontamination due to the coronavirus pandemic.

“When we have to do in-person training with the crews and equipment, we wear masks, we do social distancing, and we sanitize the hardware as we’re using it,” she said. “This is great advice, whether you’re training to fly on the space station or just going about your daily life to keep you and your family safe.”

Rubins also held out hope for another live video call with students back on Earth, similar to her question-and-answer session with some 200 Vintage High students from the space station in 2016 – even if the coronavirus forces students to study remotely from home into the fall.

“We’re working on a number of different opportunities to have students tie in remotely and ask questions, and have astronauts be able to answer those questions,” she said. “We still can do this and tie into the remote learning that a lot of districts are doing.”

Born in Connecticut but raised in Napa, Rubins graduated from Vintage High School in 1996. After earning degrees from UC San Diego and Stanford University, she launched a career as a biochemist and virologist, eventually leading an infectious disease laboratory based in the Democratic Republic of the Congo and operated by the U.S. Centers for Disease Control and Prevention.

Her space career began in 2009 when NASA selected her to join a new class of astronauts. Five years later, she began two years of training ahead of her first trip to space, which began with a Soyuz lift-off July 7, 2016 as part of a three-person crew. Rubins and her crewmates, Anatoly Ivanishin of Russia and Takuya Onishi of Japan, returned to Earth Oct. 30 in a parachute-aided landing outside Zhezkazgan in the Kazakh steppes.

During her nearly four months in earth orbit, Rubins oversaw some 200 scientific experiments aboard the space station, including tests of the first handheld DNA sequencer, and conducted two spacewalks, one of them to help install a docking portal for future U.S.-built spacecraft.