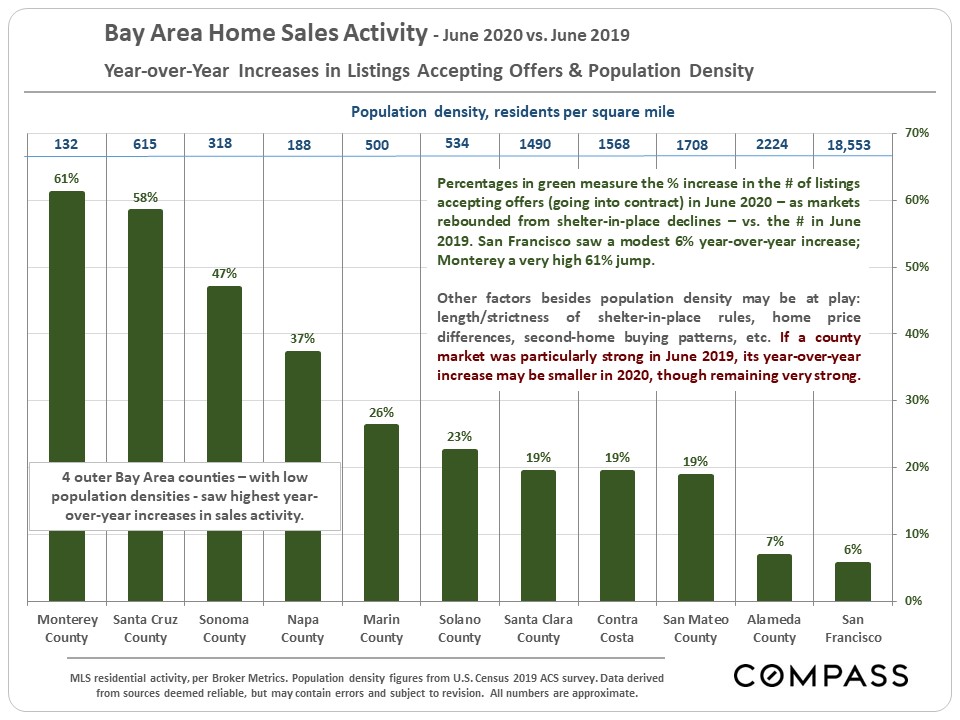 This chart below looks at market demand in absolute terms, not at year-over-year increases. Some counties on the lower end of the scale in the chart above (percentage increases) are near the top of the scale in absolute terms, i.e. the actual percentage of active listings that went into contract in June. San Francisco was at the low end of both scales of measurement, and the only market in which the percentage of listings under contract declined year over year - certainly, the strictness of its shelter-in-place rules has been one factor.

Several Bay Area markets, including SF illustrated below - as well as Marin, San Mateo County, the Oakland-Berkeley Inner East Bay and Lamorinda - hit new monthly or quarterly highs in median house sales prices. (Condo markets were generally much weaker across the major condo markets in the Bay Area.) The particular strength of sales in the higher-price segments often played a role in these increases.

Generally speaking, high-price segments were very strong, and in some counties, such as in Sonoma illustrated below, the jumps in high-price listings going into contract were staggering.