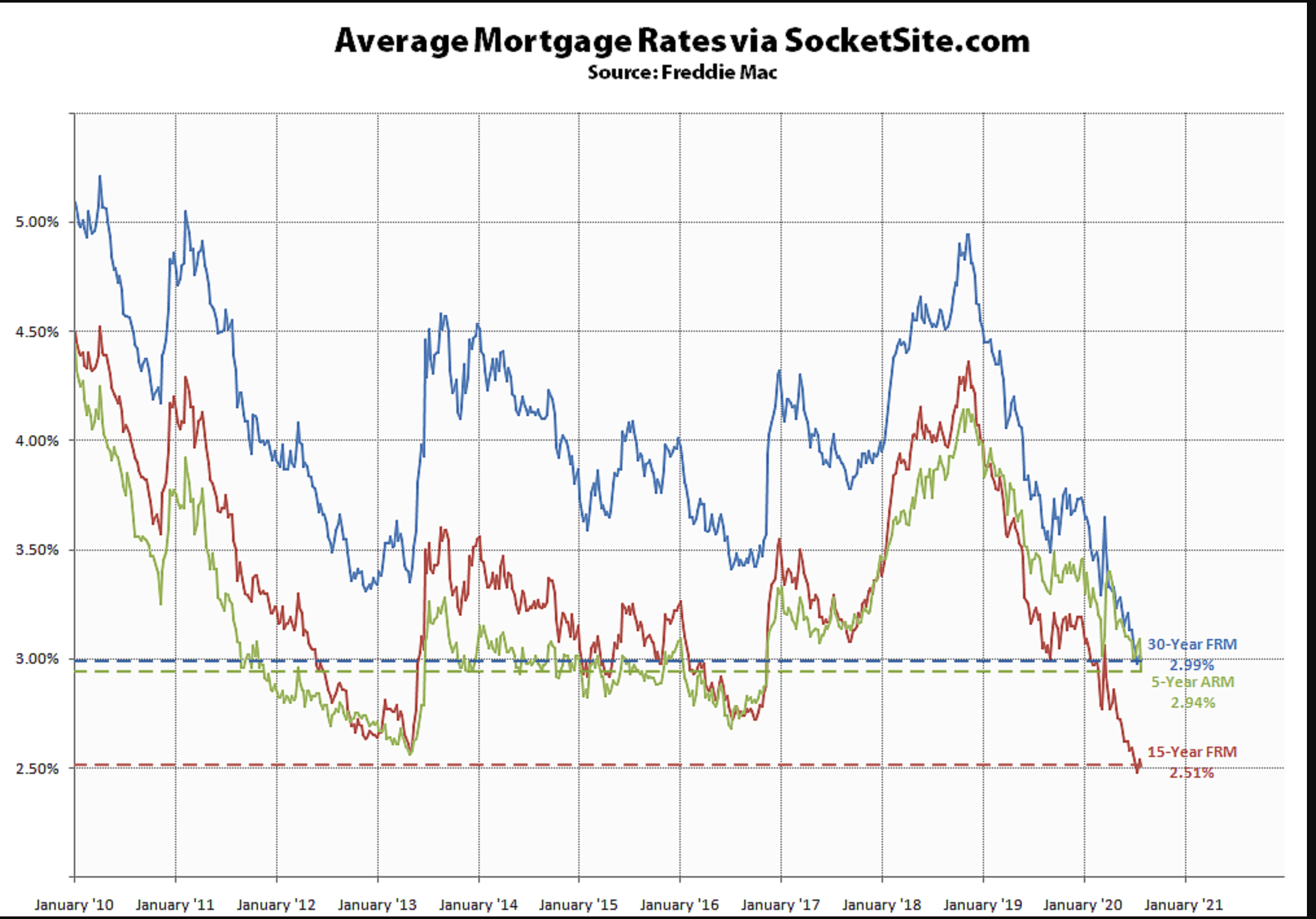 Having inched up last week, the average rate for a benchmark 30-year mortgage is now back under 3 percent by a basis point (2.99 percent) and 76 basis points below its mark at the same time last year (3.75 percent),according to Freddie Mac’s latest Mortgage Market Survey data.

And while refinancing activity was effectively flat over the past week, but remains 121 percent higher versus the same time last year, purchase activity across the U.S. actually slipped 2 percent but is still 21 percent higher on a year-over-year basis, according to the Mortgage Bankers Association.